Ultra Rare, Very Powerful & Special Monatomic Andara Crystal Combo of Cosmic Ice, Tanzanite Fire & Elestial Starlight. (This is the last large piece I have of these and extremely rare) In my collection for more than 20 years.

I have only a handful of smaller pendant pieces I have created from a larger piece in the past.

and wanted to thank you again for how much time, energy and love you put into not only the crystals, but also the wrapping. The Andaras are just even more spectacular than we expected, and the other favorites are the sunstone (still in its little box cabinet for now), and the Jog smokey quartz ball. We're looking forward to spending many hours connecting with these precious specimens, starting tonight!

Your gifts are absolutely so thoughtful and feel so beautiful and we thank you so much for the special wands. We'd love to find out more about them - they look like the feathers could be from the same bird (how wonderful - rainbow feathers!)? The smudge stick is a combination of my favorite scents and can't wait to put it to use. The small blue Andara gift is also so special - is there another one online where we could read about it? Also, we're not quite sure what's in the husk-looking packaging and haven't opened it yet, because from the little opening we peeked through, it looks like seeds or soil of some sort? Do we open it, and how/what do we use it for?! Very intriguing! 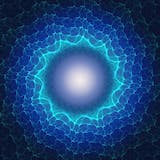