for Light Beings only.

I love your work. You are superb! Would you be able to tell me more about capturing the light pathways and how they create new geometry shapes?

Thanks for sharing this with me. 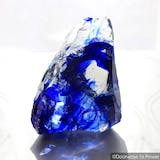