Azozeo is an ancient word, discovered in the 2000-year-old Book of Leou. It was used to call upon powerful angelic beings (believed to be the same angels, the Azez, who awakened the energies of Azeztulite) for the purpose of spiritual ascension.

This word was used (in combination with an Azeztulite labyrinth and pyramid, plus two large powerful Phenacite Crystals), to stimulate certain crystals to a higher level of energy and power. This is why we named the newly activated stones Azozeo Crystals. Only stones exposed to this powerful energy field can be designated by the name Azozeo Crystals.

Each triangle in a record keeper appears as a trigger to activate a specific chain link on the Dna . When working with these stones, it is not unusual for triangles to rise and disappear as aspect's of one's cellular memory are cleared and integrated and new aspects are activated.

They are incredibly helpful and the presentation of the stones is amazing. Such wonderful customer service! I highly recommend this shop, you will get amazing stones 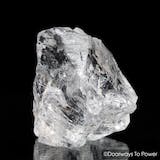