Incredible, Highly Unusual Tall LEMURIAN LIGHTBRARY Quartz Crystal Tower | It extends far beyond anything that can be associated with or tied to a geographical location.

The bracelet is truly a gift. And the little angel and heart are tender and kind. In Health and Light, Erin 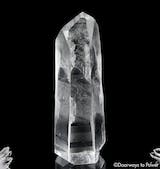