Lemurian Light crystals aid in meditation and visionary experience. They can open the "Mouth of God" energy point at the back of the skull, initiating powerful mystical awakenings. They allow one to see visions of ancient Lemuria and experience Lemurian consciousness.

Lemurian Light crystals are deeply soothing and quieting to one's consciousness, even as they awaken the inner light. They can help one enter deeply meditative states, releasing stress and opening the mind to inner guidance and inspiration. They can stimulate the organization of one's Liquid Crystal Body Matrix, enhancing one's capacities for many varieties of expanded awareness.

They work well with Moldavite, Natrolite, Danburite, Mystic Merlinite, Rosophia and all Azeztulites. It will also greatly enhance one's visionary experience when combined with Phenacite. 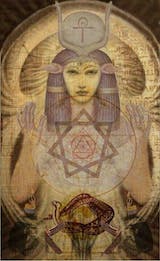