Nuummite Harmonizes well with Moldavite for accelerated transformation.
The Nuummite mine is closed, there is nothing left to mine and that makes these pendants very rare.

A beautiful piece that feels ancient and looks stunning. A powerful talisman to have and work with. 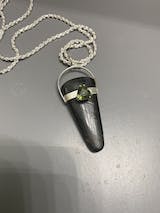 S
Sheri
Truly special and filled with good intent. You can feel the power of the piece even from afar.

It is helping my husband win his cancer battle by negating dark energies away. 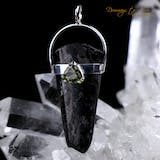 L
Leah
Wow the pendant stone itself left me speechless!

Such awesome presentation and packaging! I love love love it! 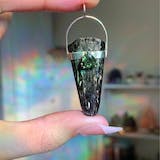