beautiful colors, power and energy! Thank you so much for your prompt delivery! 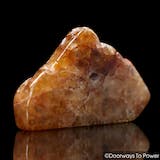